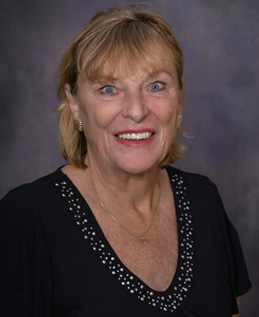 Kathleen Lewek began a banking career in 1965, starting as a bookkeeper in the Accounting Department for Bank of America in San Francisco, continuing with Wells Fargo Bank in 1968, serving in numerous clerical positions in Northern California prior to becoming a Banking Services Officer in 1974, an Assistant Branch Manager in 1976, working with the mergers and acquisitions unit, and opened a new branch office in Culver City as Assistant Vice President and Manager in 1979. She joined Union Bank in 1981, serving as a Vice President in the Correspondent banking unit and in 1988 started up a new correspondent banking unit for Imperial Bank. She joined Alex Sheshunoff Management Services as a Senior Consultant at the end of February 1994, responsible for serving fourteen western states prior to starting her own consulting business in October 1994. She additionally received industry recognition as the Chair of the Correspondent Bank Committee of the California Bankers Association (1991 - 1993), a faculty member at Pacific Coast Banking School (5/92 - 4/96), a Board member of the Financial Institutions Network (1998 2001), and through articles published in the American Banker and trade association newsletters. She was also quoted in articles in the Los Angeles Business Journal, Sacramento Bee, and Palm Beach Daily Breeze. She attended Santa Rosa Junior College and graduated from Pacific Coast Banking School in 1986.

Kathleen moved to Surprise, Arizona, in 2006 and became a Realtor with her current Broker in January 2007. Although she took a 2 year hiatus for personal family reasons, she completed all continuing education requirements to retain her license for her return to Arizona. She purchased a home in Sun City West in 2011 and dedicates her efforts to keeping informed about this community. Kathleen concentrates on serving the West Valley area.